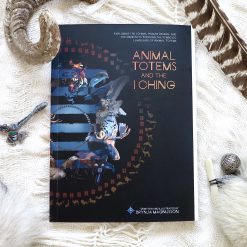 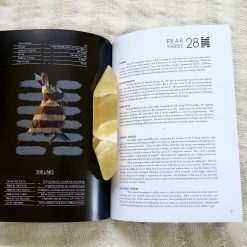 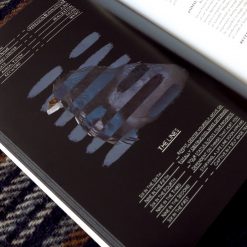 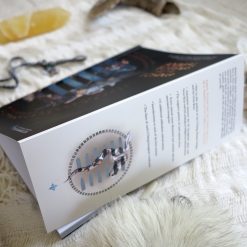 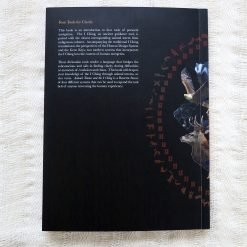 Animal Totems and the I Ching Book

This is a physical product that will be physically shipped to you.

This book is an exploration of the I Ching alongside the language of indigenous animal totems. The classic I Ching translation popularized in America by Wilhelm Baynes is compared alongside the the Human Design Systems’ 64 gates and the Gene Keys’ 64 chapters hexagram by hexagram. Each hexagram aligns with the animal totem medicine of an associated animal, providing deeper insights into animal totems or conversely helping to clarify the text heavy systems of the I Ching with symbology.

This book is an introduction to four tools of personal navigation. The I Ching, an ancient guidance tool, is paired with the closest corresponding animal totem from indigenous cultures. Accompanying the traditional I Ching translation are the perspectives of the Human Design System and the Gene Keys, two modern systems that incorporate the I Ching into the context of human energetics. These divination tools render a language that bridges the subconscious and aids in finding clarity during difficulties or moments of confusion and chaos. This book will deepen your knowledge of the I Ching through animal totems, or vice versa. Animal Totems and the I Ching is a Rosetta Stone of four different systems that can be used to expand the tool belt of anyone traversing the human experience.

Animal Totems and the I Ching includes:

• Side-by-side analysis of the I Ching, Human Design, and The Gene Keys

• Association between the 64 hexagrams, gates, and Gene Keys with 64 analogous indigenous animal totems

• The negative polarity of each animal totem

• Every animal totem illustrated and overlaid with the associated hexagram

• Introductions to each of the four systems

• The consolidated ‘changing lines’ for each I Ching hexagram

If you are trying to login as an affiliate, please do so from the Affiliate Area page.